It also goes by the endearing names of Nothofagus gunnii or tanglefoot. Bushwalkers can vouch for tripping on the crawling, twisted branches of a tree that fights to reach two metres in height. The locals call it the ‘turning of the fagus’. It’s a colourful insight into our Gondwanan heritage. - Discover Tasmania

The Route
Start/Finish Facilities
Toilets  Yes - at the Lake Dobson day-use shelter.
Water  Yes - at the Lake Dobson day-use shelter and throughout the trail from streams and lakes.
Parking  Yes.
Services  The closest services are located at the Mt Field Visitor Centre at the entrance to the Park. Here there is a small cafe, toilets and gift shop.
Phone coverage  Telstra & Optus reception. Vodafone reception exists but is patchy on Tarn Shelf.
Concluded the route? Don't forget to get your completion badge or lapel pin!
GET YOUR COMPLETION BADGE OR PIN! 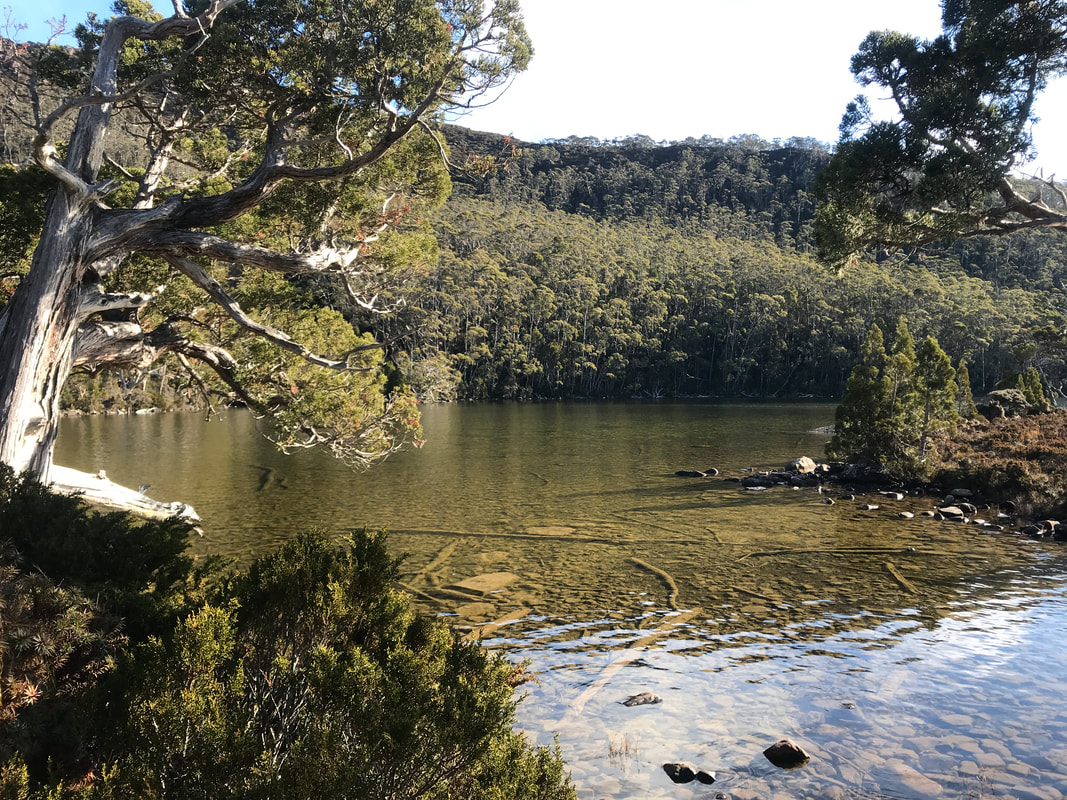 Lake Dobson is a beautiful place to start our Fields of Gold route! 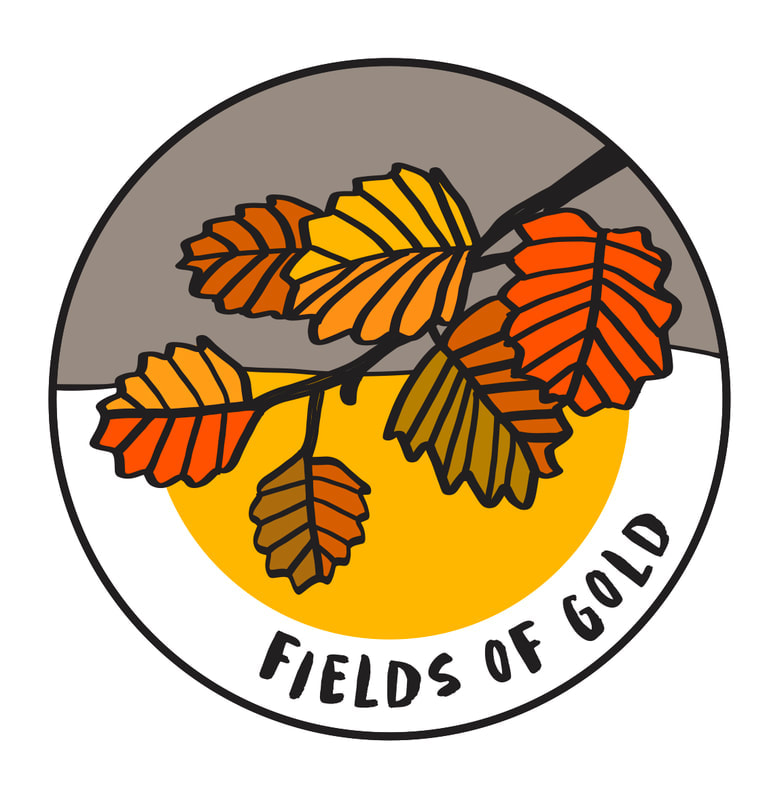 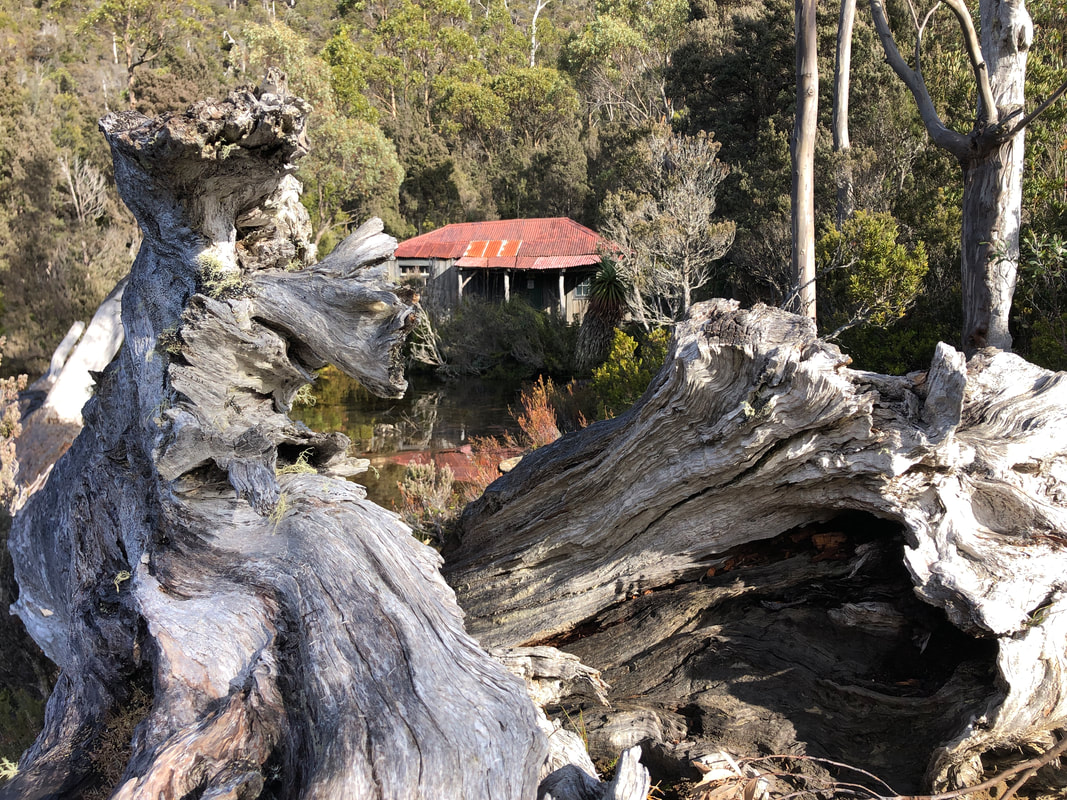 About the Mt Field National Park

Mount Field National Park is part of the homelands of the Big River nation of Tasmanian Aborigines. They resided and utilised this place when it was covered in glacial ice, and later as rainforests and eucalypt forests flourished. Cave sites, ochre mines, hand-stencil art, rock engravings, and stone tool quarries provide a glimpse of their lives here.

From the 1830s, the first white people here were trappers and snarers in the high country, arriving via a packhorse track from Ellendale. Soon after, bushrangers and escaped convicts hid in the country around Bushy Park. In the mid to late 1800s the region became popular with botanists who first described plants such as the snow gum, urn gum, cider gum and cushion plants. One of these early botanists was Leonard Rodway, from which the Rodway Range got its name.

In 1885, Russell Falls in the lower, forested region of the mountain was made the State's first nature reserve.  By the early 1900s, a railway line extended to the park, with a guesthouse built in 1911 at the present day park entrance to accommodate visitors.

On 29th August 1916, Mount Field (known until 1937 simply as 'National Park') and the Freycinet National Park on our east coast became Tasmania's first national parks. While the park received its name from a NSW Supreme Court judge called Judge Barron Field, the driving forces behind its creation had been William Crooke, Leonard Rodway and Henry Dobson. It was Crooke's vision that the park be “not merely a reserve marked on the map, but a thoroughly valuable and useful and popular feature of Tasmania for residents and tourists alike".

William Belcher became the first ranger in the Park and ultimately became responsible for clearing a track from the Park's entrance to Lake Fenton, along with building many of the huts still seen in the park today. Skiing, and even ice skating, became popular activities from the 1920s and this helped to instigate the development of the ski fields and the road to Lake Dobson.

The new road also paved the way for the development of the Lake Fenton water supply scheme (completed 1939), which included the excavation of a tunnel to carry water down the mountain, to be piped along the Derwent Valley and into Hobart. Amazingly, today, 20% of Hobart's drinking water comes from Lake Fenton and its surrounds.
​
In 2013, Mount Field National Park was incorporated into the Tasmanian Wilderness World Heritage Area​ (declared 1982).

The significance of Northofagus gunnii

... this little stunner is found nowhere else on the planet but Tassie. - Discover Tasmania

The tale of the fagus dates back some 100 million years, when its ‘forebears’ first appeared here in Tasmania. That was when we were part of the supercontinent of Gondwana. Nothofagus became common in South America, New Zealand, Antarctica and Australia when Gondwana separated. There are around 35 species of southern beeches dotted around the world – nine in South America, 18 in New Guinea, New Britain and New Caledonia, three here in Australia and four in New Zealand. There’s also the Antarctic beech and although the southern continent is now covered in ice, fossils show that trees stood proudly, once upon a time. The living descendants, Tassie’s colourful fagus, is one of the oldest lineages of flowering plants.

Fagus is Australia’s only cold climate winter-deciduous tree. The seasonal losing of leaves comes down to plant chemistry and Tassie’s weather. During warmer months, chlorophyll in the leaves assists with the conversion of sunlight into sugar and is responsible for keeping the leaves green. As the days get shorter, chlorophyll breaks down and is superseded by anthocyanin. This is a pigment that gives autumn leaves their splendid colours. When the leaves eventually fall, they deliver precious minerals to the soil that feed the following spring growth. The Northofagus gunnii holds the key to understanding how vegetation has evolved in the Southern Hemisphere.

Fire is an enemy to Fagus. It is very slow to regenerate and quite often does not recover when fires passes through, unlike many other Australian plants. Fagus has very thin bark, meaning adult trees are quickly decimated by flames and sometimes it can take over 1000 years to recover. Fagus does actually thrive on land disturbance. Around seven years after land has been disturbed by human or natural forces, seedlings sprout. For example, in the  Andes Mountains in Chile where earthquakes and landslips are common, species of Nothofagus are prolific.

The fagus is at its full glory from late April to May.

I just fell desperately in love with it once I saw it... It's sort of like the vision of a Japanese garden made more complex, and developed in paradise, in amongst this gothic scenery. You have plants that look like rocks — green rocks — and these plants have different colours in complicated mosaics: red-green, blue-green, yellow-green, all together. It's an overwhelming sensual experience really. - Professor Jamie Kirkpatrick

Mount Field is one of Tasmania's most diverse national parks. From the tall forests at the base of the mountain to the unique alpine plants at its summit, this national park offers an array of natural wonders.

This diversity is a result of various influences, including the Park's geographic location central to both the eastern and western floras of Tasmania, the range of geological substrates present (including dolerite, sandstone, and quartzite) and its altitudinal range, which extends from lowland to alpine habitats.
​
The landscape has been shaped by glaciers from the previous ice age, which have formed the valleys and the numerous tarns. Periglacial blockstreams are a feature in several locations throughout the park, including the fine example that dams Lake Fenton.
We ask you to tread gently, remembering that we are visitor's to their habitats.
READ MORE