Maria Island National Park & World Heritage Area, Eastern Tasmania
Level 3: Performing Wilder
DOUBLE TROUBLE
The Route
Start and Finish Facilities
Toilets  Yes - at the barbeque shelter and within the Darlington historic precinct
Water  Yes - as above.  The climbs are very long and ample water should carried to support each ascent.
Parking  There is free parking at the ferry wharf in Triabunna
Services  The closest services are located in Triabunna. There are Parks & Wildlife staff available on the island. There are no other services on Maria Island and you should come fully prepared.
Phone coverage  Yes - Telstra, Optus & Vodafone reception in most areas.
Concluded the route? Don't forget to get your completion badge or lapel pin!
GET YOUR COMPLETION BADGE OR PIN! 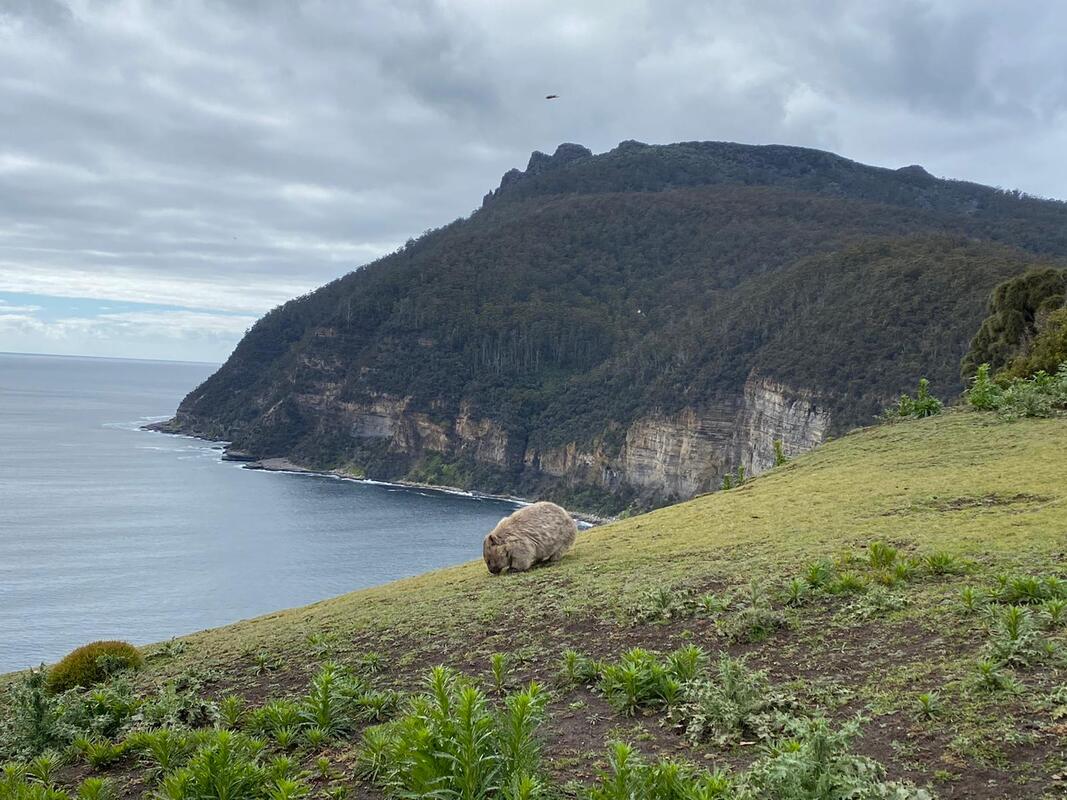 Wombat grazing at Fossil Cliffs with Bishop & Clerk in the background 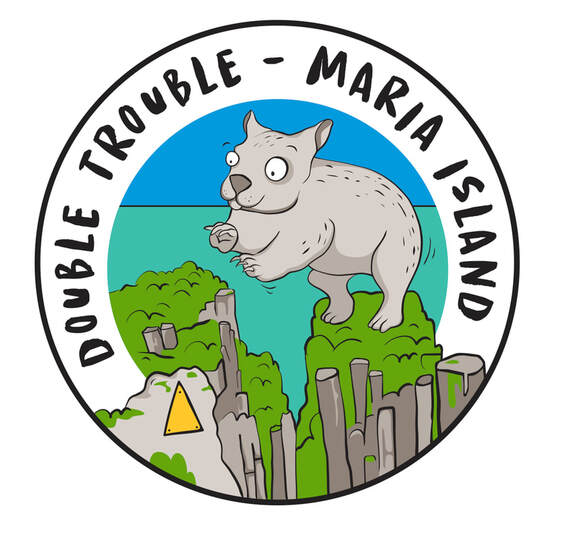 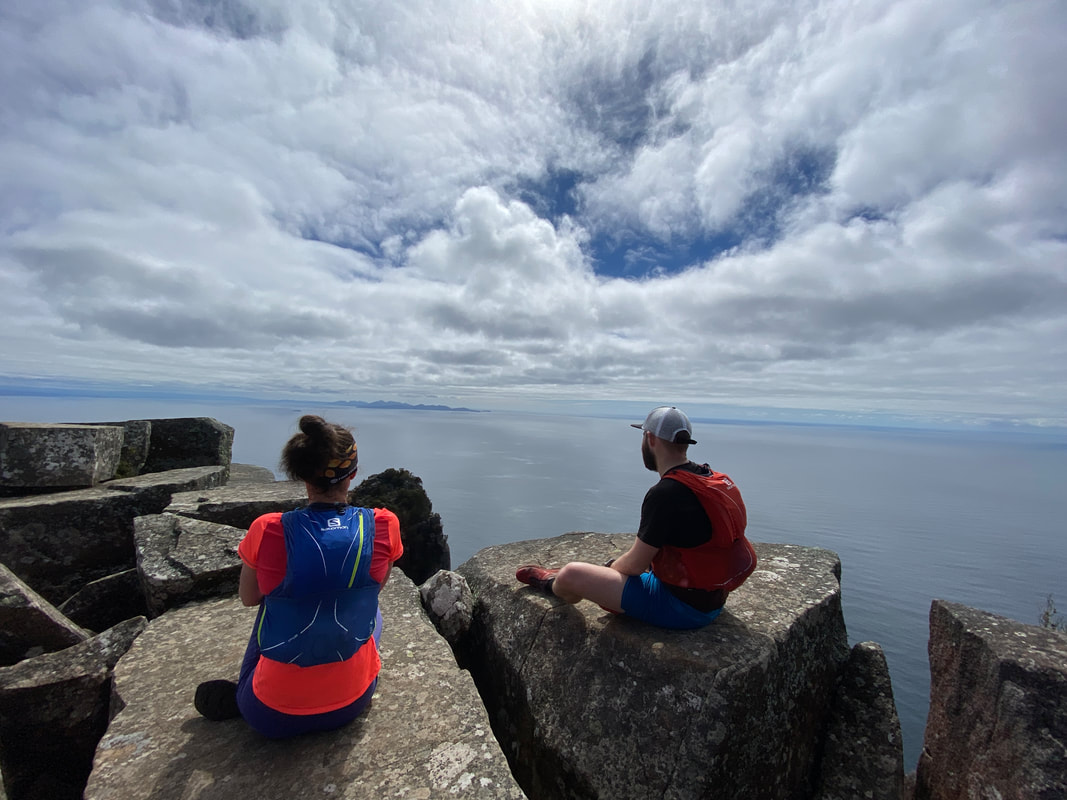 Enjoying the views to Freycinet National Park from the summit of Bishop and Clerk - this is a great place to spot whales! 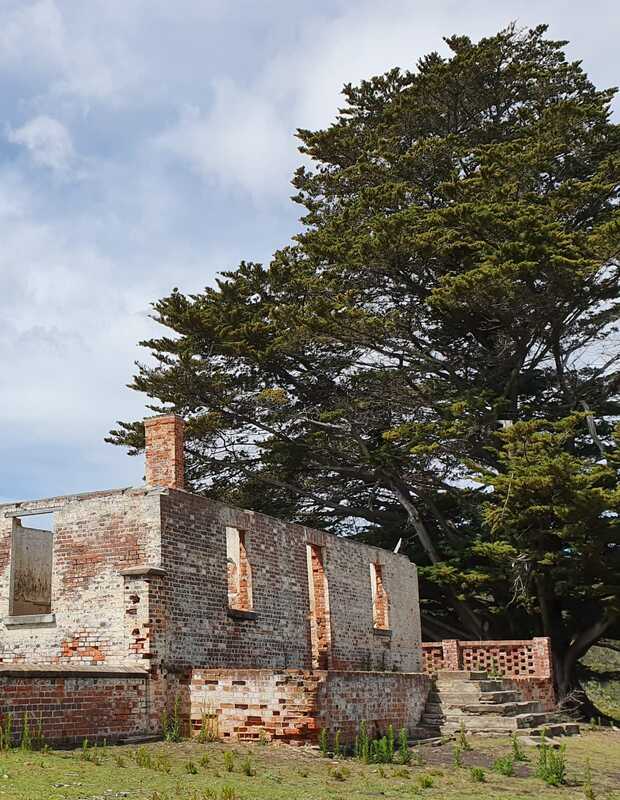 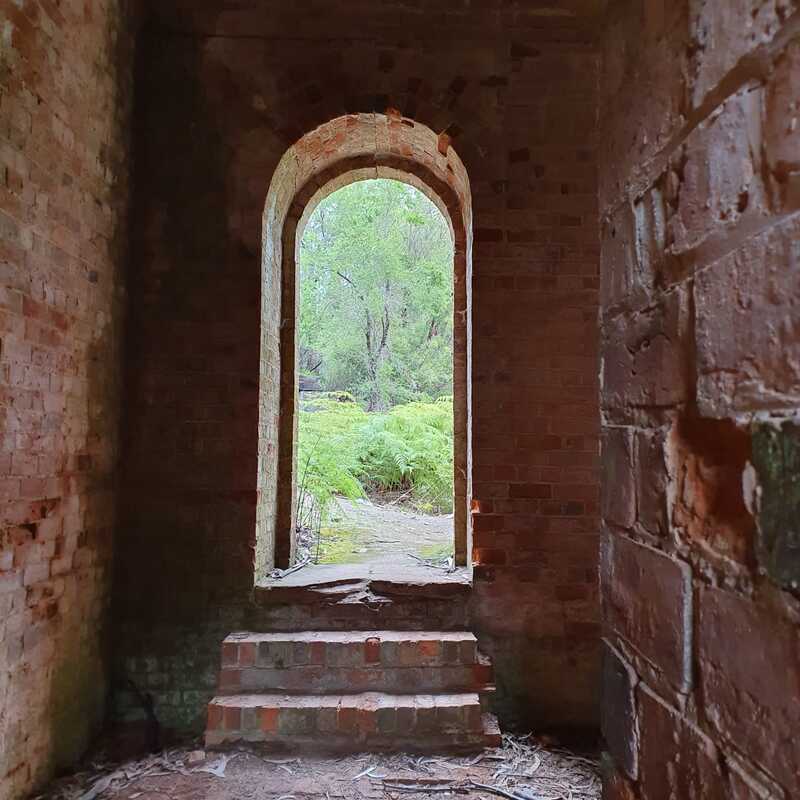 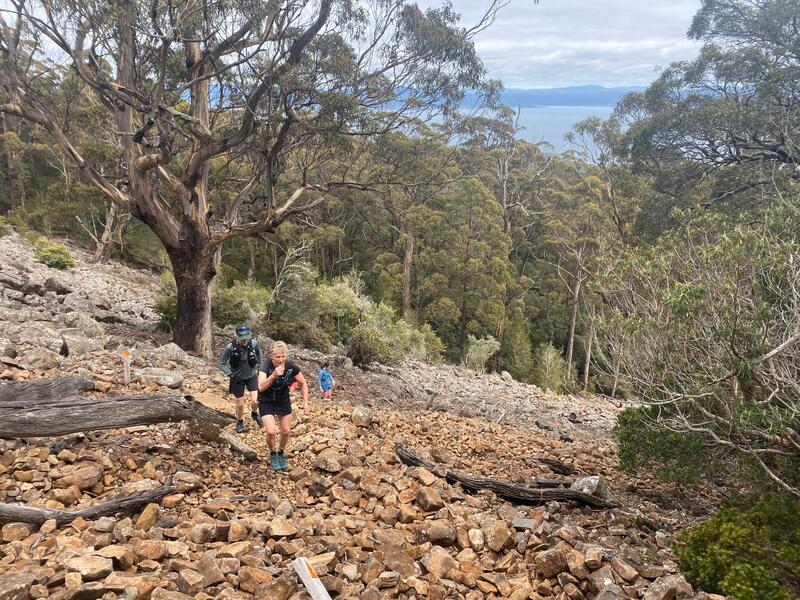 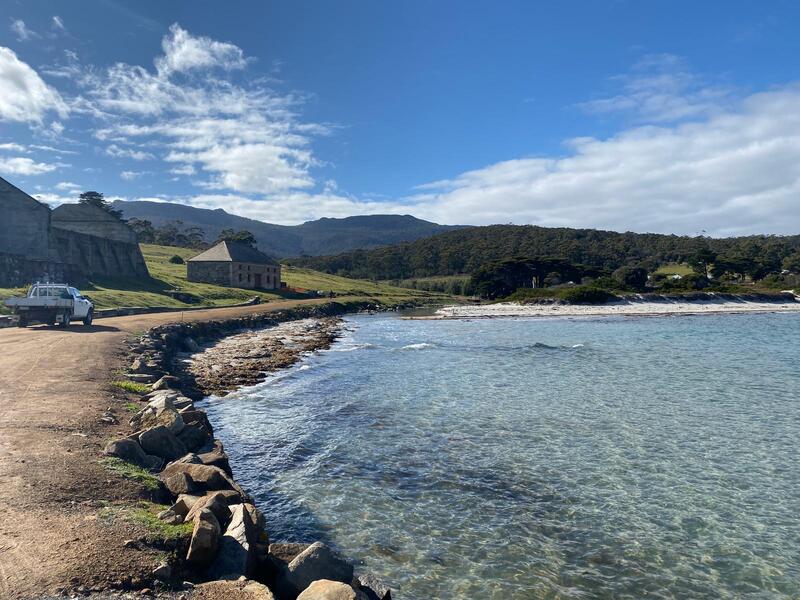 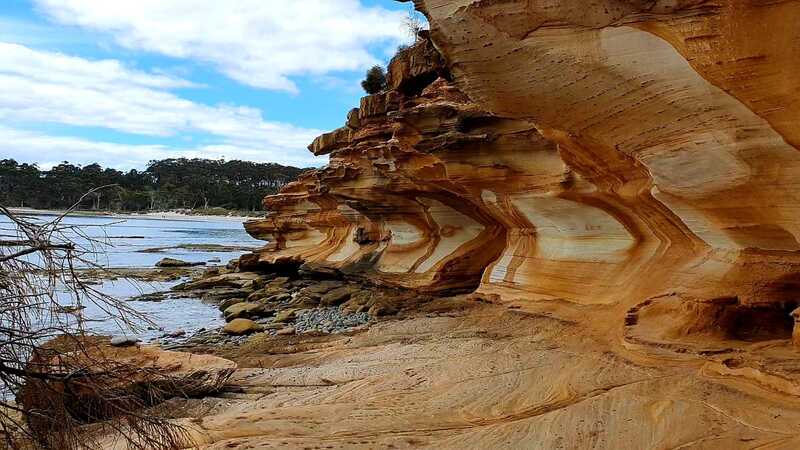 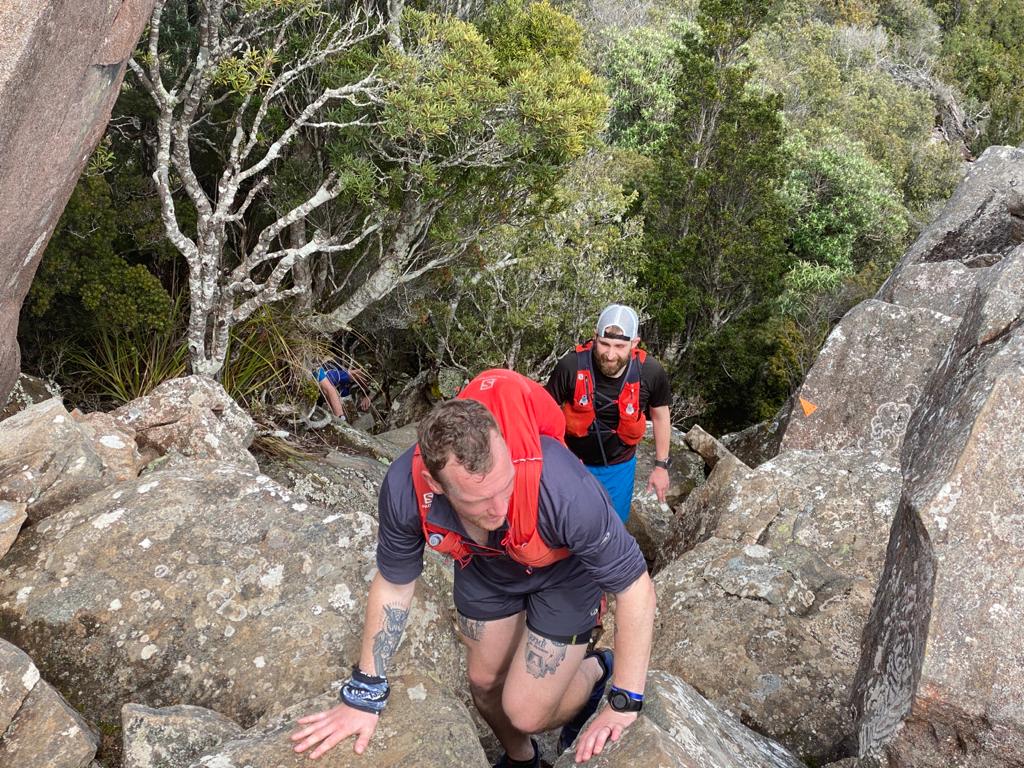 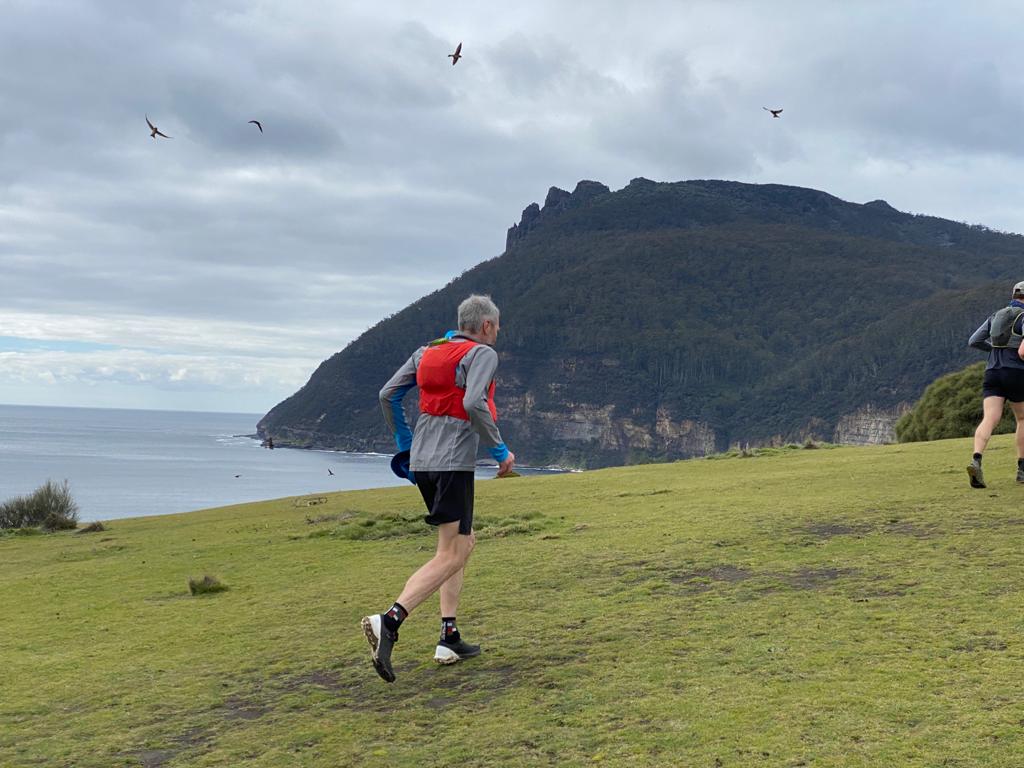 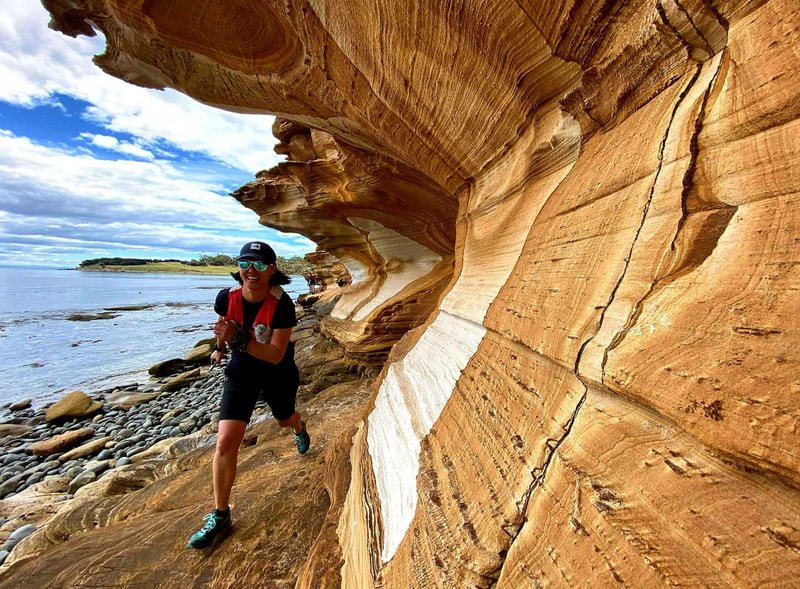 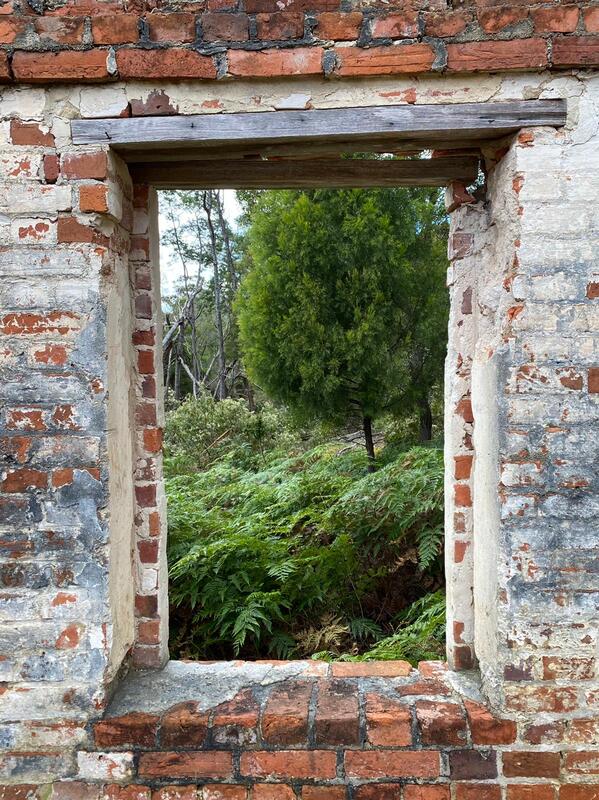 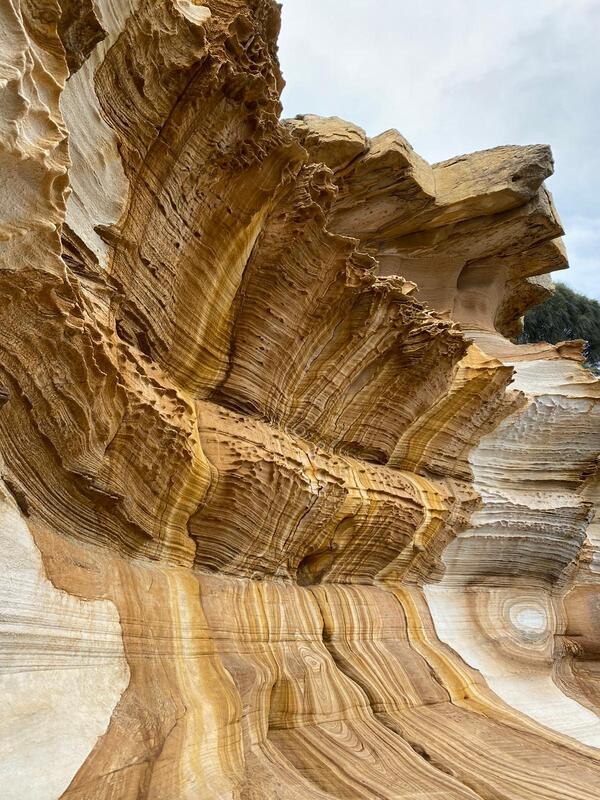 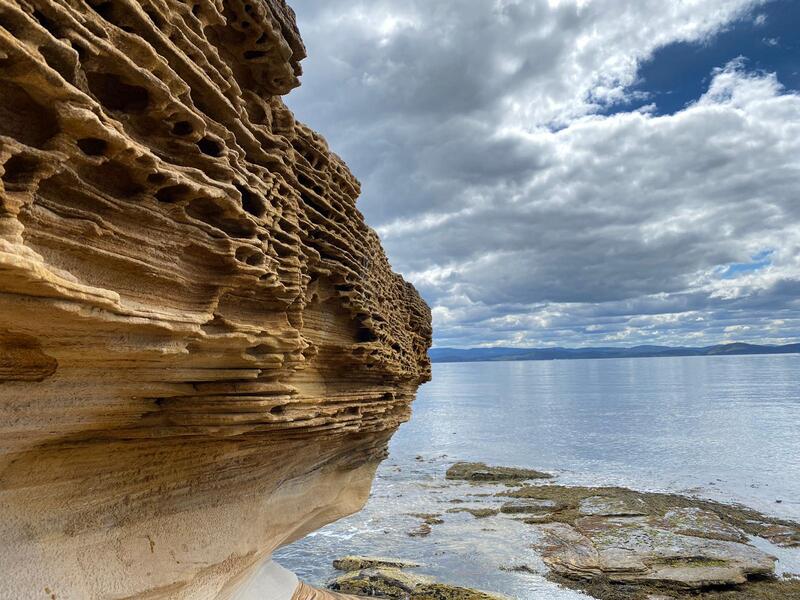 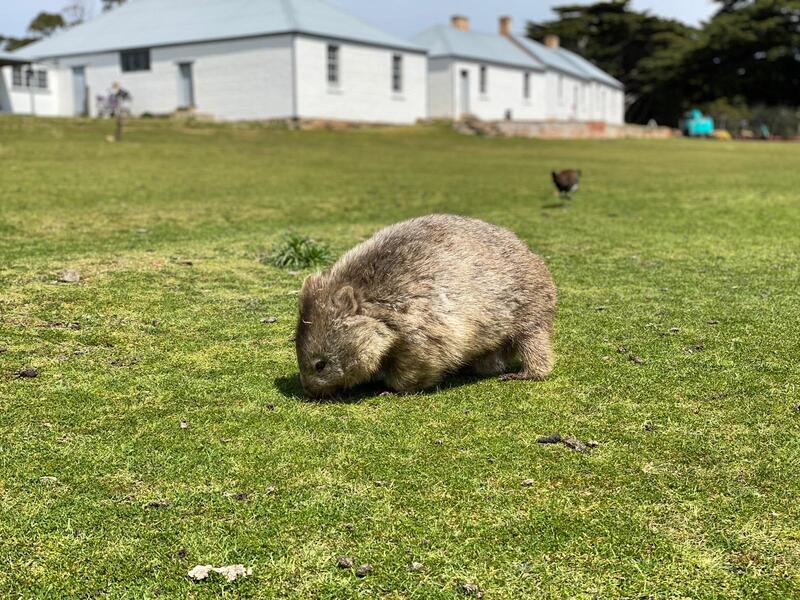 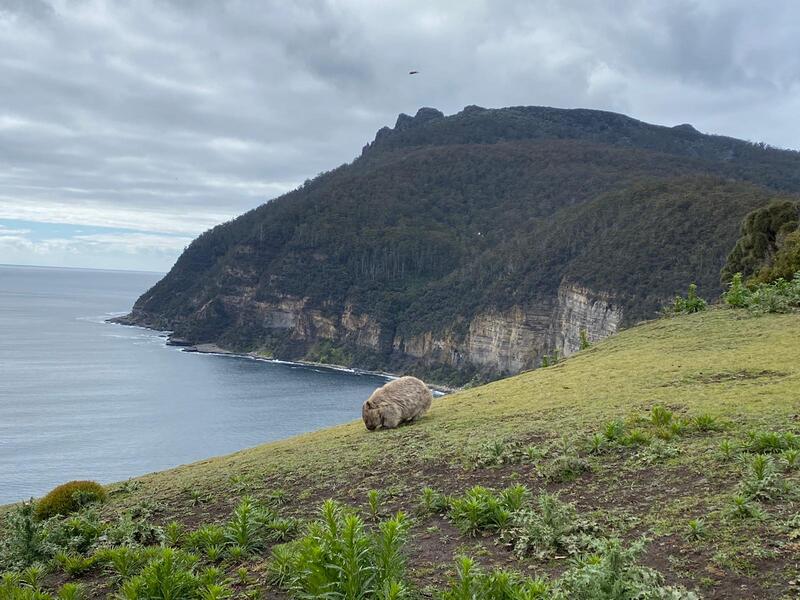 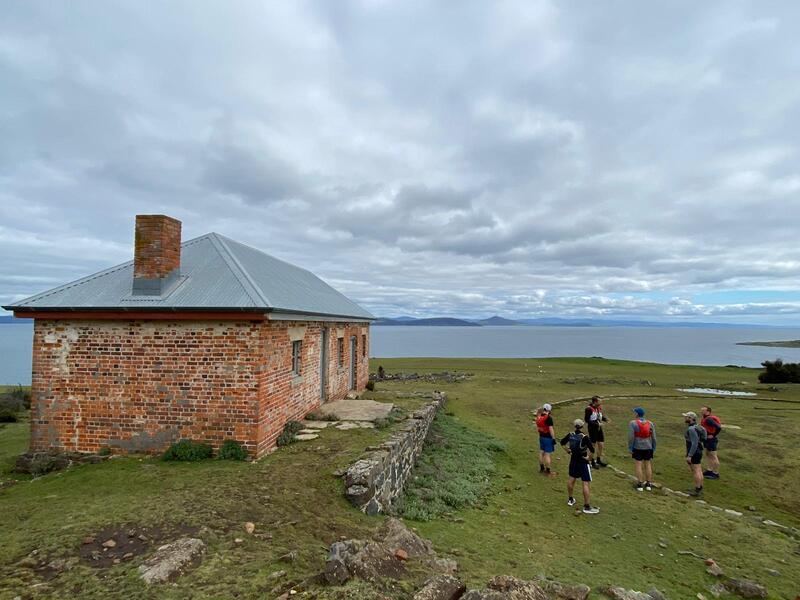 About the Maria Island National Park and World Heritage Area

The story of Maria Island is dominated by the ocean: from the rise and fall of the sea that created the island and left a legacy of creatures fossilised in its cliffs, to the history of its human occupation.

The Darlington historic settlement is the most intact example of a convict probation station in Australia, and a World Heritage Australian Convict Site. You can visit convict buildings dating back to 1824 and ruins that reveal key features of the convict probation system. Rediscover the fascinating history through interpretive displays at the Coffee Palace Museum and Commissariat Store.

​The Maria Island Marine Reserve protects a range of beautiful marine life and is home to a diverse range of plant, invertebrate and fish communities, making it a fabulous place for swimming and snorkelling, or a ramble among the rockpools. Some of the best examples of this is swimming straight off the beach or jetty at Darlington after your Double Trouble adventure!

Maria Island’s landscape is a microcosm of unique cultural heritage found within Tasmania; rich, varied and significant. This heritage and the associated stories play an important role in raising awareness about the past, celebrating the present and learning for the future. Today's Aboriginal community continue their people's connection to this special island.

Maria Island became a penal settlement in 1825 and was soon infamous for the number of escapes across the water. From 1842 Maria was used as a convict probation station, but by 1850 this mainly agricultural station was abandoned.

Maria Island's potential captured the imagination of Italian entrepreneur, Diego Bernacchi, who set up a cement works to utilise the island's limestone deposits in the late 1800s. The following period saw the development of industry, as well as the growth of a small farming and fishing community – all which has since closed down.
The first moves were made towards forming a fauna reserve in the early 1960s. Maria Island was officially declared a national park in 1971.

The significance of the convict probation era at Darlington was recognised in 2010 by World Heritage Listing as part of the Australian Convict Sites World Heritage Property. More information on World Heritage listings can be found on our Tasmanaian Wilderness World Heritage Area (TWWHA) page, and on the Heritage Tasmania website.
​
You can learn more about Maria's history at the old Commissariat Store in Darlington, which houses the displays and information.

Bernacchi wished to introduce sericulture [the rearing of silkworms for the production of silk] to the colony and chose Maria Island, which enchanted him. In April the family moved to the former convict settlement of Darlington at the north of the island. Although many colonists were suspicious of the charming, persuasive Italian, the Maria Island Leasing Act was passed on 24 November 1884 granting Bernacchi a lease from 1 January 1885 for ten years at one shilling a year. - The Australian Dictionary of Biography

European explorers first caught sight of the island in 1642, but didn’t come ashore until 1789. John Henry Cox and Lieutenant George Mortimer (English explorers) were the first Europeans to step foot on the island and document the presence of Aborigines.

In 1825, fifty convicts were brought to the island by English soldiers. The settlement of Darlington held convicts who had reoffended and they were sentenced to hard labour.

Due mainly to frequent escape attempts, the settlement closed in 1832, only to re-open again some 10 years later. The second convict era lasted for eight years  (1842 – 1850) with a focus on agriculture, industry and training. Once again convict rebellion was a factor that led to its closure.

The Darlington Probation Station is today, the most intact example of a convict probation station in Australia, and one of eleven convict sites recognised by UNESCO as a World Heritage Site.

In the 1880s Diego Bernacchi, an Italian businessman, leased the land with ambitious plans for agriculture, industry, and tourism (wine and concrete!). At it’s peak the island had a population of 500, many buildings were re-purposed and others were built. The concrete silos adjacent to the jetty remain as a prominent visual reminder of his entrepreneurial spirit.
​
Farming and fishing ventures followed the Italian’s failed business pursuits, and eventually the island was declared a National Park in 1972.

The company planned to establish a township and its intended interests included sericulture, wine-making, fruit-growing, farming, cement, limestone and marble, fisheries, and sheep and cattle fattening. Darlington, renamed San Diego, by 1888 was a boom town of about 250 people of a dozen nationalities. Buildings had been repaired and others erected, including a hotel and coffee palace. The island was dubbed ‘the Ceylon of Australasia, and a Tasmanian Eden’. - Tasmanian Times

The island has always been home a variety of rare and unusual birds and animals and when a number of threatened species were released in the 1970s it became known as Tasmania’s Noah’s Ark. - The Maria Island Walk

From the moment you arrive, you'll begin to notice the special nature of the wildlife on this island. Since the late 1960s, a number of threatened species have been introduced as part of conservation efforts. The very things that once made the island a suitable convict settlement now make it an ideal refuge for plant and animal species under threat elsewhere. Alongside the native pademelons, who have always called Maria Island home, you'll be likely to spot forester kangaroos, Bennett's wallabies, Flinders Island wombats, Cape Barren geese and Tasmanian native hens.

Maria Island is also one of the best places in Tasmania for bird watching. All but one of the State's twelve endemic birds can be found on the island, including the endangered forty-spotted pardalote, green rosellas and the majestic wedge-tailed eagle. With sharp eyes you may spot tiny hooded plovers, sooty and pied oyster catchers, and little and fairy terns on the beaches.

A more recent addition are Tasmanian devils. Tasmanian devil numbers have declined dramatically State-wide due to Facial Tumour Disease and Maria Island National Park was chosen as a site for captive breeding, with 15 Tasmanian devils introduced to the Island in 2012. You can learn more about these conservation efforts on the Save the Tasmanian Devil Program website.
​
Maria island is well known for its asounding underwater diversity, please see our Maria Island Marine Reserve for more information.
We ask you to tread gently, remembering that we are visitor's to their habitats.

There are some active volunteer groups who help to preserve & protect the Maria Island National Park. We strongly encourage you to get involved!