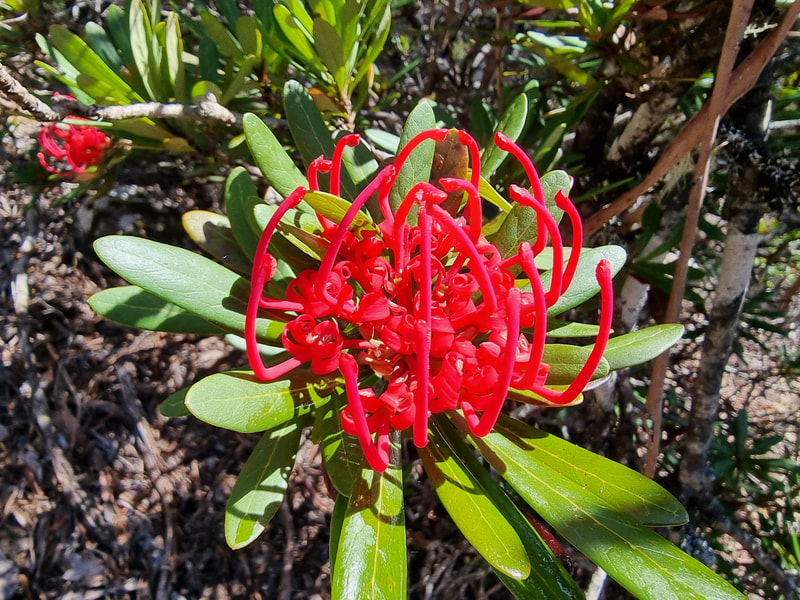 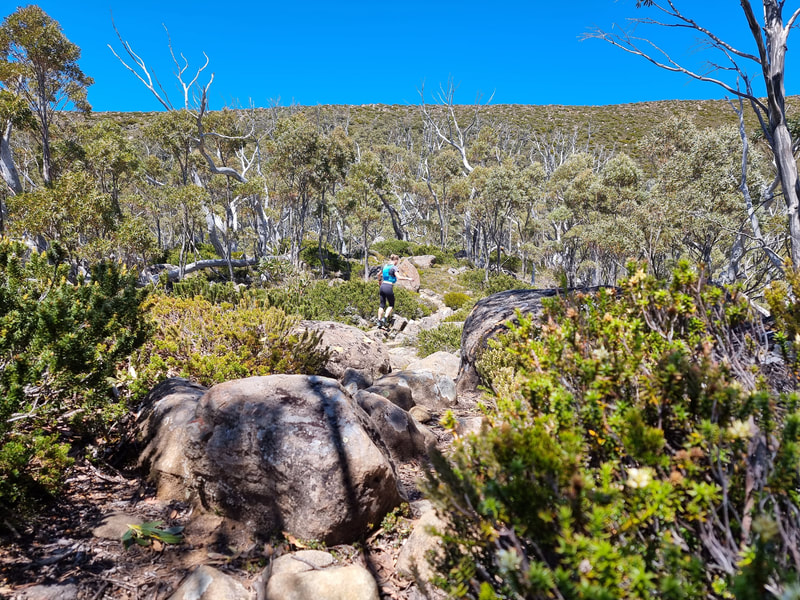 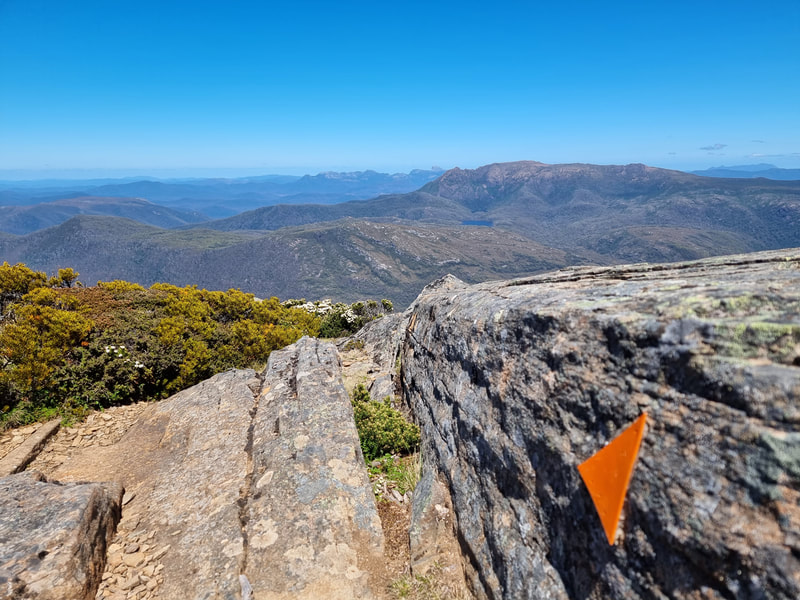 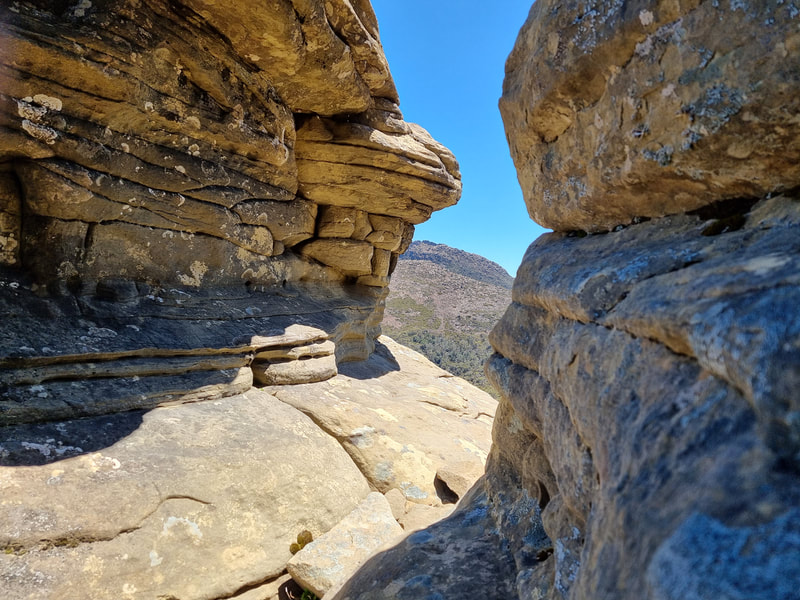 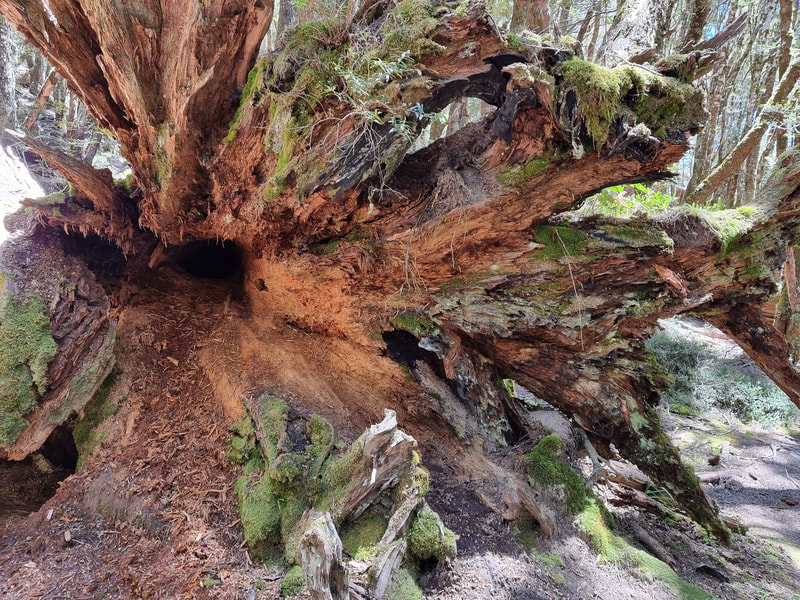 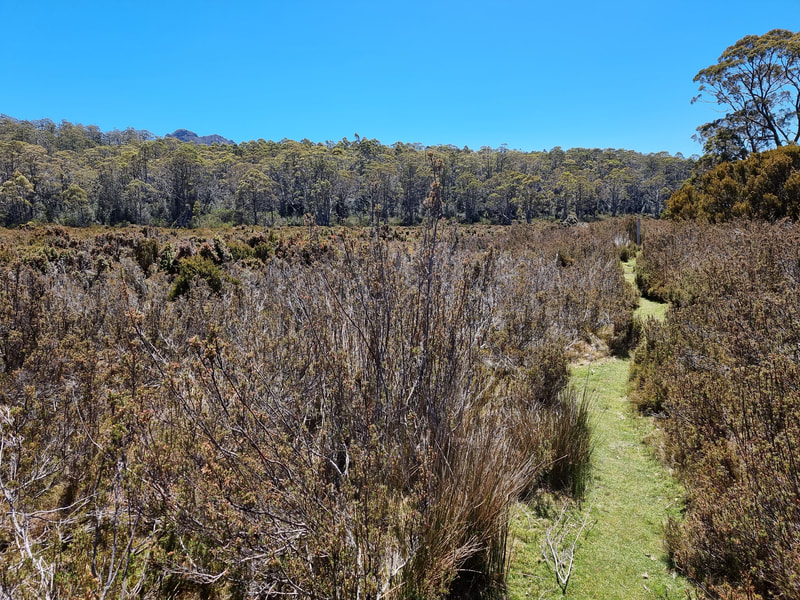 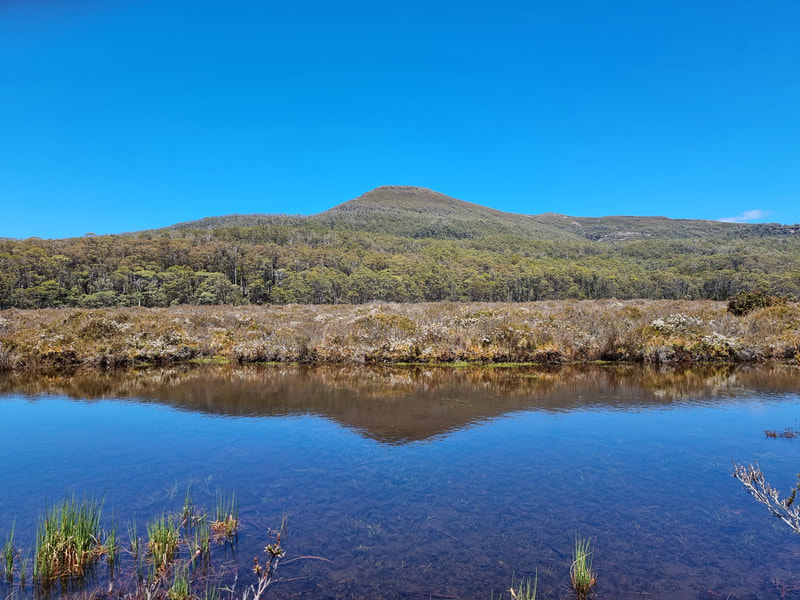 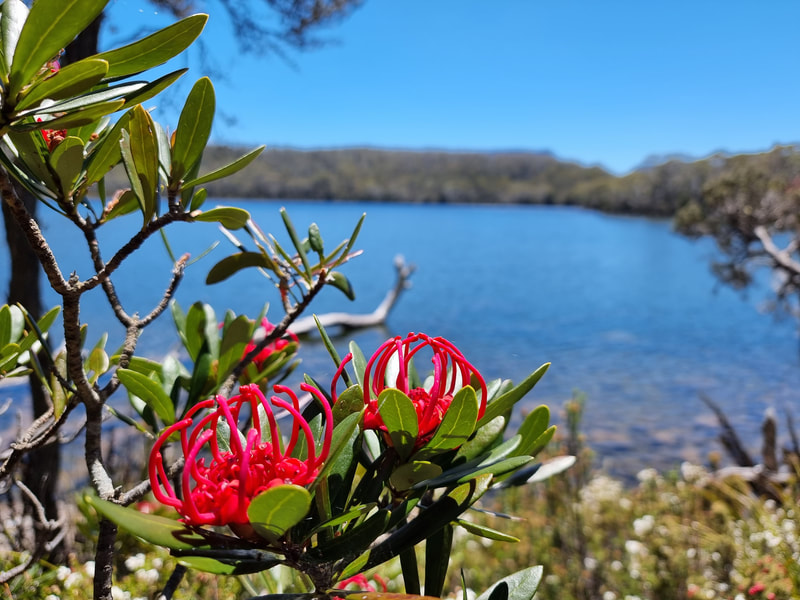 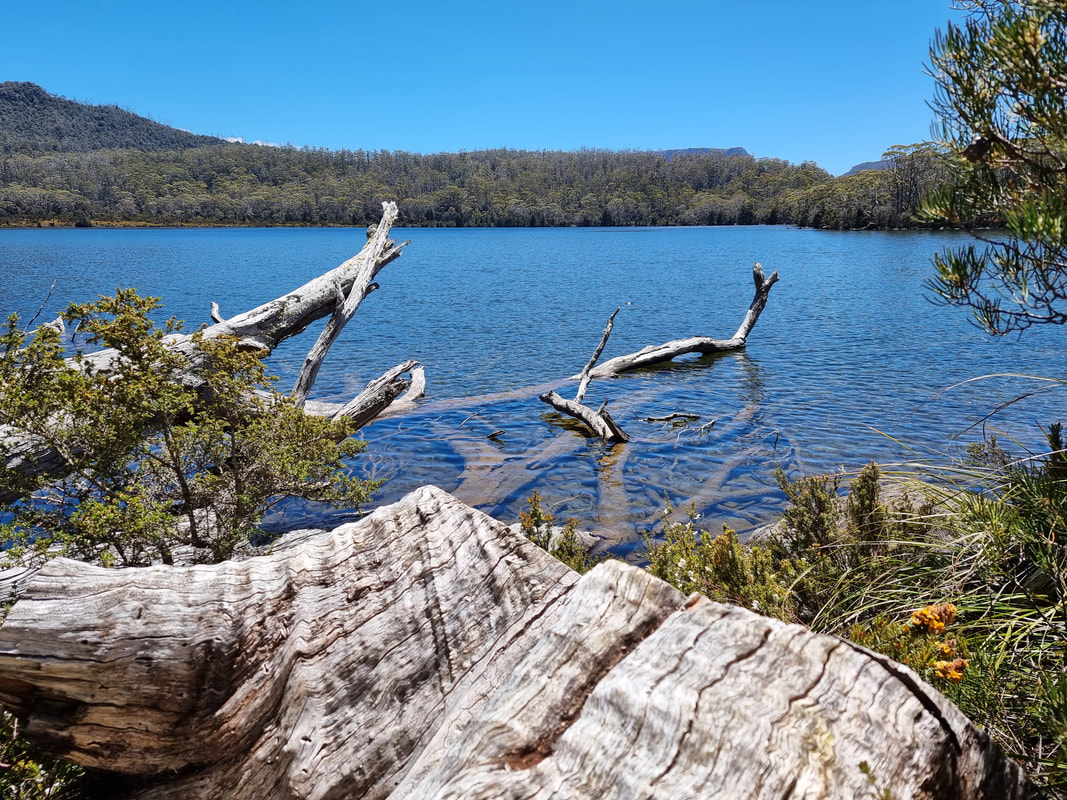 Shadow Lake in sunshine on your return journey 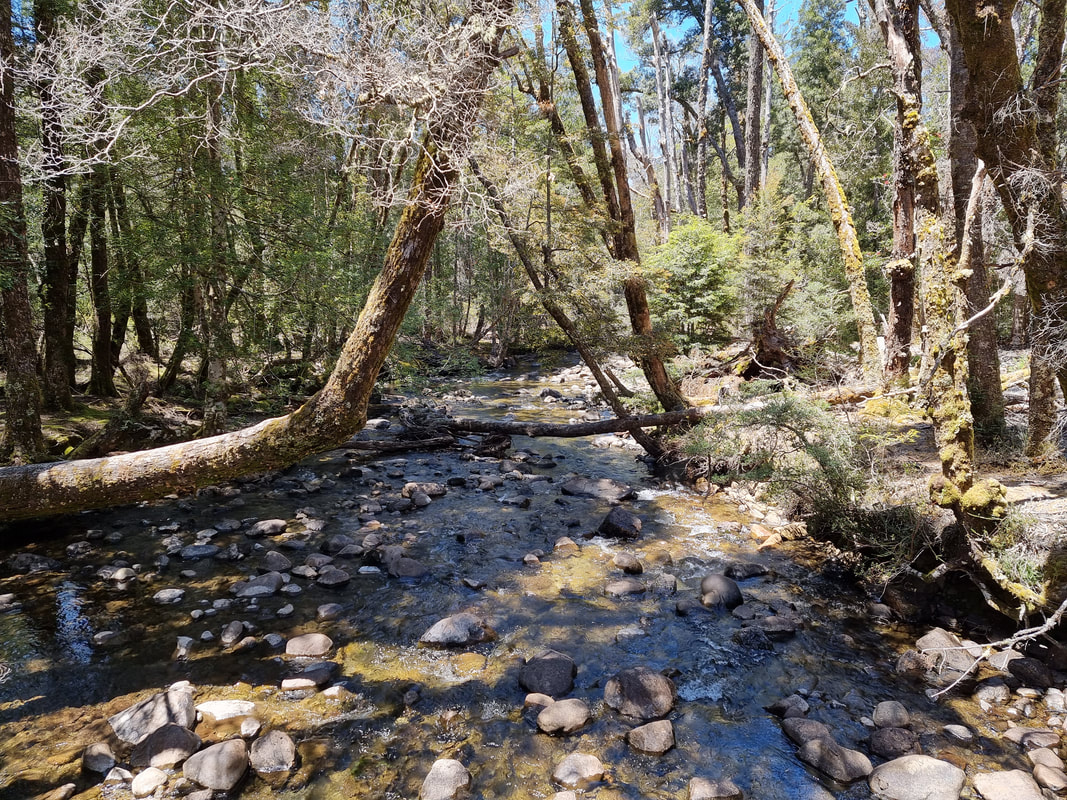 With thanks to the Tasmanian National Parks & Wildlife Service, Pumphouse Point Accommodation and Discover Tasmania for access to the following information...

The atmosphere at Lake St Clair is moody and ethereal – there’s an almost enchanted presence at this tranquil place. The Aboriginal name for Lake St Clair is leeawuleena, meaning ‘sleeping water’, and on still days you can truly appreciate the origins of this name.

Lake St Clair is part of the celebrated Cradle Mountain-Lake St Clair National Park – the heart of the Tasmanian Wilderness World Heritage Area. It is at Lake St Clair that Tasmania’s most iconic multi-day walk, the Overland Track, comes to an end. Over six days, bushwalkers on this renowned track traverse a diverse and spectacular landscape, finishing up at the lake’s edge.

A place for all seasons, discover deep snowdrifts in winter on the higher mountain slopes, spectacular displays of yellows, oranges and reds across the mountain slopes in autumn as Tasmania’s deciduous Fagus turns colour, playful young joeys & hungry echidnas emerging in spring, and the fragrance of wildflowers filling the air as you dip your toe into a crystal-clear lake on a summer’s day. Mt Rufus is also a delight for Waratah seekers!

​Carved out by glaciers over millions of years, Lake St Clair is Australia's deepest freshwater lake. Located at the southern end of the Cradle Mountain-Lake St Clair National Park, it forms part of Tasmania's Wilderness World Heritage Area and offers spectacular scenery, an award-winning visitor centre, and a range of beautiful walks to suit every ability.

The environment around Lake St Clair is among Tasmania's most spectacular. Deep glacial lakes are fringed by dense forests of ancient pines, and the high mountains provide a dramatic backdrop. Native wildlife is abundant in the area – Bennett's wallabies and pademelons are easily spotted by visitors to the lake, and wombats, echidnas, quolls, and platypus are also resident.

Tasmanian Aboriginal people have a long and continuing relationship with the area around Lake St Clair. The traditional name for the lake itself is leeawuleena, meaning ‘sleeping water’, and today's vegetation patterns show signs of thousands of years of Aboriginal burning practices.

There are a number of Aboriginal historic sites and artefacts, including remnant stone tools, caves and rock shelters, which you can learn more about on the Aboriginal Cultural Heritage Walk which departs from Lake St Clair.

Lake St Clair... Admired for its scenery by the few who visit - The Tasmanian Guidebook, 1871

The first European explorer to see the lake was surveyor William Sharland in 1832, with George Frankland leading an expedition to it three years later. In 1840 James Calder cut a track from the lake to Macquarie Harbour, followed by another more practical track by Burgess. The Burgess track was maintained and recut by miners until 1883 when a new lower level route was discovered, which later became the Lyell Highway.

The area surrounding the lake was used by snarer and hunters from 1860 until the collapse of the fur trade in the 1950s, although it was illegal from 1927 onwards.

In 1937 the Derwent river was dammed just below the lake, and a pumping station installed - enabling Hydro Tasmania to drain the lake up to 6 metres and feed water to the Tarraleah Power Station. The fluctuating water levels have caused erosion and environmental degradation since. The pumphouse was decommissioned in the 1990s, and transformed into a hotel in 2015.

The Cradle Mountain-Lake St Clair area was declared a scenic reserve in 1922, a wildlife reserve in 1927, a national park in 1947 and a world heritage area from 1982.​

With regards to tourism, in 1871, the Tasmanian Guidebook mentioned Lake St Clair as being 'admired for its scenery by the few who visit'.  By 1900 there was a boatshed, accommodation, improved access and horse paddocks at Cynthia Bay, with the first tourists arriving by car in 1915. From 1911 the beginnings of the Overland Track to Cradle Mountain began to form, with the route officially blazed by Bert Nichols in 1931. A guesthouse was built at Cynthia Bay in 1930, followed by improved parking, camping and visitor facilities. The lake has been a popular tourist destination, with most tourists visiting to walk, photograph and learn about the history. Following a decision by the Tasmanian Government to allow development in national parks and conservations areas an 'in principle' permit was granted for the establishment of an 'eco-friendly' resort at Pumphouse Point at Lake St Clair; completed in 2015.

A rumbling glacier grinds down an alpine landscape, forging a steep ravine in its wake. Filling with melted snow and freezing rain, the deepest lake in Australia is born. - Pumphouse Point Accommodation

The environment around Lake St Clair is among Tasmania's most spectacular. Deep glacial lakes are fringed by dense forests of ancient pines, and the high mountains provide a dramatic backdrop. Native wildlife is abundant in the area – Bennett's wallabies and pademelons are easily spotted by visitors to the lake, and wombats, echidnas, quolls, and platypus are also resident. We ask you to tread gently, remembering that we are visitor's to their habitats.

Like much of Tasmania’s highlands, Lake St Clair is the result of intense glaciation in previous ice ages. The deep basin in which the lake lies was scoured out by the action of glaciers. Moraines, where debris is forced to the margins of the glacier, run along part of the length of the lake. The Watersmeet Track runs along the top of one of these moraines.

The lake is the deepest in Australia, with a maximum depth of 167 metres.